Rick and Morty took the world by storm with its hilarious writing and great story-telling. But which episodes are the best in all the universes?

Of all of the fantastic animated shows on television, few can compare with Rick and Morty when it comes to its cleverly written storylines and wonderfully unique characters. In Rick Sanchez, the show has one of the most complicated protagonists on television, while in Morty, it boasts a character that’s teeming with potential for personal growth and general character development.

Over the course of four seasons, the pair have shared some incredibly memorable adventures, although there are some episodes that shine just a little brighter than the others. Whether due to the part that they play in a larger, overarching story or simply a moment of sheer comedy brilliance, these episodes set themselves apart from the rest and are a must-watch for anybody who enjoys animated comedy shows. 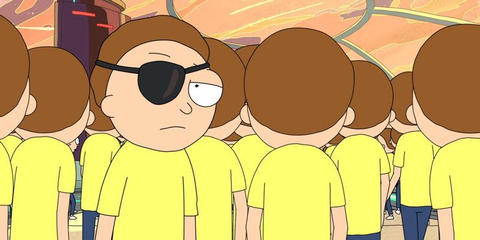 The Council of Ricks is introduced in “Near Rick-Counters of the Rick Kind,” a group of trans-dimensional Ricks who prosecute Rick C-137 for one of the few offenses he didn’t commit. The viewer also sees Evil Morty for the first time, who turns out to be the one who framed Rick and then vanishes into a crowd of other Mortys at the end of the show.

The show does an excellent job of discussing the idea of different worlds while also emphasizing the Mortys’ continuing plight. Their mistreatment at the hands of Ricks is seen to be systemic, which lends credence to the notion of an evil Morty. It also reveals Rick C-137 to be the best of the Ricks, but depending on how you look at things, he may be the worst. 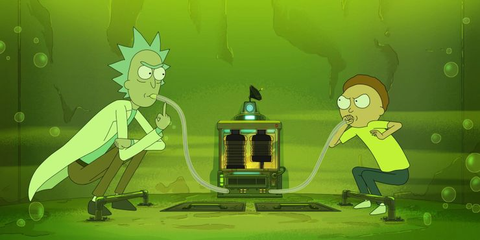 Many of the show’s personalities have changed dramatically over the course of its four seasons on television, but Morty has probably changed the most. Since beginning as Rick’s doormat, he has grown in confidence and is no longer afraid to confront his grandparents. However, this irritates Rick, resulting in a tension that the show’s writers are more than eager to explore.

Morty criticizes Rick’s escape attempt in “The Vat Of Acid Episode,” then prods his grandfather into making a saving point button that helps Morty to go back in time. However, just as Rick had intended, the gadget causes Morty more discomfort than fun, forcing Morty to admit that Rick’s earlier plan wasn’t so bad after all. Rick’s willingness to go to extremes in order to make an argument is nuts, as it demonstrates that although the Smith family has improved, Rick has not. 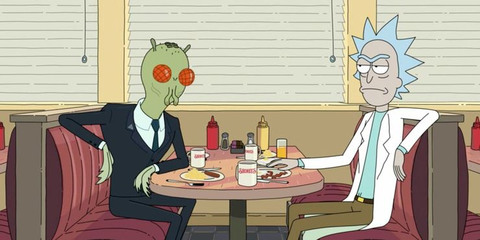 After Rick’s arrest at the end of season two, viewers of the show were left waiting to learn what happened to their beloved foul-mouthed inventor. Thankfully, Adult Swim chose to air the season three opener a couple months earlier than planned as part of the network’s annual April Fools Day celebrations, making it available to watch for multiple hours.

The episode itself has a few laugh-out-loud moments, but it ultimately acts as a reminder of Rick’s unrivaled creativity. He sees straight through the Galactic Federation’s ruse and manages to get out of jail relatively quickly. The Cronenberg Smiths, as well as the Ricks Council, make an appearance. Rick rants about his love of McDonald’s Szechuan sauce at the end of the show, which leads to the food seller getting it back for a short time. 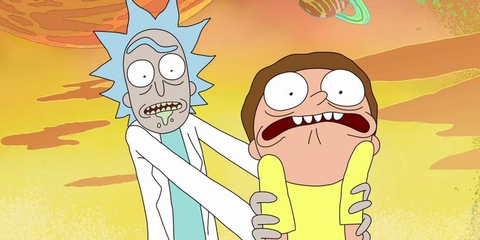 Instead of joining Rick and Morty on their journey to Atlantis, audiences are given a grand tour of the recently restored Citadel of Ricks. The impending presidential election and Evil Morty’s effort to take power are the key themes of the show. However, there are a number of other intriguing subplots woven throughout, which help to round out the tale.

The comparisons between Morty Town and the traditional American city are plain for all, and the disenfranchised Mortys who live there capture the apathy many Americans have for the political system in their region. The episode sets up a tantalizing potential rivalry while still following up on a long-neglected plot line, with Evil Morty finally gaining over and killing all of the Ricks that oppose him. 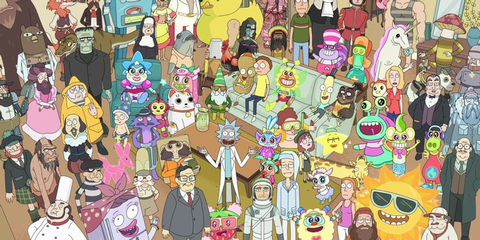 It’s maybe a little surprising that Rick and Morty’s best episode takes place entirely in the Smith household for a program that frequently transports viewers to alien planets and alternate universes. Total Rickall may have a simple idea, but the show’s creators are able to extend it to absurd lengths, resulting in an episode that is utterly hilarious.

Each new character introduces itself as more ridiculous than the previous, but it never ceases to be amusing. The reveal that Mr. Poopybutthole was real all along acts as the perfect punchline to the episode’s strange storyline, although it’s actually their poor handling of each other that saves the Smith family.